If it were possible to arrange when, where and into what circumstance you were born what would you choose? A home of great wealth? A family of high privilege? Surroundings of exquisite comfort? Thankfully, the when, where and how of our birth is something that none of us could ever arrange – it is a gift from God. However, the one person who had full control of His birth chose a most unusual path. Consider this – if the powers that Jesus had were at our disposal, would we have decided upon the path that His life took? Surely not. We would have most likely opted for powerful parents, fabulous wealth, plush surroundings, and an easy life. But instead, Jesus chose for His upbringing a poor home in an oppressed backwater under the thumb of mighty Rome. He chose to be born in the land of the shadow of death (Isaiah 9:2, 6).  He entered our world at its darkest depths.
All this is made more remarkable when we grasp Jesus’ full identity. When the angel announces to Joseph who the baby in Mary’s womb is, he says:
“You shall call Him Emmanuel which means God with us.” (Matthew 1:23)
In other words, the Jesus who was once laid in dingy, dirty manger was no ordinary child but rather the King of Kings and Lord of Lords (Luke 1:32-33).  Doesn’t such an identity demand a certain level of pomp and ceremony?  Or at least dignity?  Or publicity?
However, Jesus’ coming into our world was in humility and shows how our God identifies with us in our frail humanity. To see the nature of God, we naturally look up to the heavens.  Christmas tells us to look down into the manger; there is true deity.
Our God does not simply give orders from on high and bid us get on with it. NO! He comes down to earth in the flesh, living the life we could never live, and then dying the death we all deserve. It by this humility and great suffering that Jesus now offers to us the joy of sins forgiven and the wonderful promise of life everlasting. As the words of the opening carol at most candlelit services puts it:
He was little, weak, and helpless,
Tears and smiles like us He knew
And He feeleth for our sadness
And He shareth in our gladness

Or more simply:
“What a friend we have in Jesus – all our sins and griefs to bear.”


May we know this wonderful Jesus this Christmastide and beyond.
Parish article for the 12 days of Christmas, December 2016 AD
Posted by Rev'd Reflections, a curate considers... at 22:02 No comments:

This is how bad political correctness has got

Evidence if ever one were needed, that Western civilisation is now rapidly falling apart

Posted by Rev'd Reflections, a curate considers... at 09:02 No comments:

Labels: Word to the World

A poem, beautifully read for the 3rd day before Christmas

Lance Pierson reads this so beautifully and you'll be impressed by his sound effects...

Posted by Rev'd Reflections, a curate considers... at 20:32 No comments:

We do not know for certain that there were three wise men–this is simply an inference from the three types of gifts they brought (Matthew 2:11). There could have been six wise men, for all we know–one for each end of the box.

There is so much contained in this simple card and I love how it communicates that Christ is not just the Christmas no. 1 but Lord of all life.

This will definitely be staying up beyond Christmastide!

To all who know Christ - A very happy Christmas to you. To everyone else, have a long weekend on us!
Posted by Rev'd Reflections, a curate considers... at 09:07 No comments:

Labels: Word to the World

What a paradox we all are!

“Know then, proud man, what a paradox you are to yourself. Humble yourself, weak reason; be silent, foolish nature; learn that man infinitely transcends man, and learn from your Master your true condition, of which you are ignorant. Hear God.”

A poem for the 9th day before Christmas

This one is known as a much loved carol but the poet Christina Rossetti wrote it as a poem in response to a request for a Christmas poem. It was published posthumously in Rosetti's Poetic Works and became a carol after it appeared in 1906. It has two well-known settings but I think I prefer the Harold Darke version (2nd video below).

Posted by Rev'd Reflections, a curate considers... at 23:58 No comments:

Poem for the 11th Day before Christmas

Impressive how John Donne fits the whole Christmas story (and more besides) in 14 rich lines. Hearken ye and be filled...

Posted by Rev'd Reflections, a curate considers... at 15:30 No comments:

A poem for the 12th day before Christmas

Over the next 2 weeks I will try and link to the some favourite Advent/Christmas poems being read on the wonderful web. The quality is not always great but they should give you a flavour of some brilliant poesy. To kick us off, C.S. Lewis' The Turning of the Tide read by a man with an exceptional beard!

Posted by Rev'd Reflections, a curate considers... at 08:32 No comments:

Joy to the world

Christmas is most definitely here as it's been a few weeks since the launch of the 2016 John Lewis Christmas advert. This features a family dog, enviously watching the neighbourhood's wildlife leaping on a brand new trampoline on Christmas Eve. As well as animals taking centre stage, John Lewis has also cast a black family for the first time, including a six-year-old girl, who is beaten to her trampoline present by Buster – the family dog – on Christmas morning. 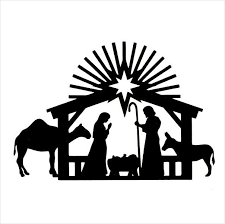 In many ways, this year’s John Lewis advert captures the unusual nature of the true Christmas story found in Scripture. Consider for a moment the various animals which feature in the story of Jesus’ birth. Soon after Jesus has been born, Mary places Jesus in a manger – a feeding trough for animals (this explains why many Christmas cards feature animals gazing at the Christ child). Further, when the angels first proclaim the good news of Jesus’ birth, who is it they announce this to? Shepherds, who were out in the fields caring for their flocks. Lastly, consider the wise men. The Scriptures don’t make clear what they travelled on but, given the arduous journey they would have had to undertake, and given that National Express/Southern Rail didn’t exist back then, it is more than likely that they came either on camels or on horseback. The birth of Jesus Christ unusually features numerous animals. Similarly, it features an unusual family. Joseph and Mary are not wealthy or powerful (unusual given Jesus’ identity as the Son of God). Further, Mary conceives Jesus out of wedlock (perhaps not unusual in our day but it would have been scandalous in 1st century Jewish culture). All this to illustrate that Jesus’ coming into the world is for all people and all situations. Jesus arrival that first Christmas signalled, the beginning of God’s work to redeem and transform not just us human beings, but the entire cosmos. The book of Isaiah speaking of what Jesus’ coming will mean for the world says this:

The wolf will live the lamb, and the leopard will lie down with the goat
The calf and the lion and the yearling together; and a little child will lead them

It may seem impossible now but Christ’s first coming started a transformation that will be seen in full technicolour when He comes again – to judge the living and the dead. A time is coming when animals and all forgiven sinners (i.e. Christians) will live in true peace and abundant joy will be overflow everywhere. This is why Christmas for the Christian is time of real rejoicing; by believing in Jesus we experience real transformation and receive the greatest gift – eternal life. The hymn Joy to the world describes all this well:

May we forgiven sinners rejoice in this good news, and share it gladly with all we know and love. Happy Advent
Posted by Rev'd Reflections, a curate considers... at 22:39 No comments: